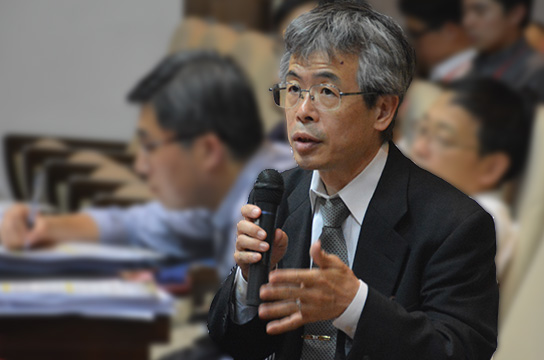 It is crucial to understand humans within an evolutionary framework. By focusing on non-model organisms to explore their genetic variation and their ecological correlates in wild populations, it is now possible to reevaluate the evolutionary significance of human genetic variation. The evolutionary diversity of sensory systems, such as vision, is an excellent model case for addressing these questions because recent technical developments have enabled functional evaluation of the relevant genes. Bearing these issues in mind, we pursue the following research projects using an interdisciplinary approach that spans molecular biology (population DNA sequencing, gene expression analysis, in vitro functional assays), biochemistry, population/evolutionary genetics, and behavioral ecology.

The followings are the main projects ongoing in my lab.

Evolutionary diversity and interplay of vision and chemical senses in primates.

Primates including humans have been regarded as vision-oriented animals. But this view is changing. Sensors (receptors) of color vision (opsins), olfaction (olfactory receptors: ORs), bitter taste (TAS2Rs), umami/sweet taste (TAS1Rs), and other chemical senses are encoded by G-protein coupled receptor (GPCR) gene families. GPCR gene families comprise of multiple similar-sequence genes. During evolution, some genes were lost, and other genes were multiplicated. Such birth and death process has shaped diverse repertoires of these genes among various primates. Duplication of an opsin gene might have improved color vision but might have lessened necessity of olfaction and OR gene repertoire. However, the exact gene composition in various primates remains unclear due to the largeness of the gene families with similar genes.
We apply the targeted-capture approach to the genomic DNA of various primate species for these genes combined with the short-read massive parallel sequencing to tackle the problem. We also reconstruct opsin photopigments and chemical sensors in vitro using cultured cells and we assay their functional properties (absorption spectra of opsins, tastant/odor sensitivity of taste and olfactory receptors). Combined with evolutionary genetic approach, natural selection and ancestral sensors are inferred and their functional properties are also investigated.
We collect foods (fruits, leaves, flowers) and urine of monkeys in the field study (such as in Costa Rica and in Uganda). We analyze their physical (such as reflectance) and chemical (such as odors) properties. We seek for correlates of properties of sensed side (fruit ripeness or under-stress urine) and properties of sensing side (variation of opsins and chemical sensors). Integrating all these approaches, we decipher evolutionary diversity and interplay of various senses in primates.

The evolutionary origin and driving force of variation in human color vision.

Catarrhine primates (humans, apes, and African/Asian monkeys) have the L and M opsin genes, the photo-sensor genes for long and middle wavelength light, respectively, arrayed in tandem on the X chromosome, with the S (short wave) opsin gene on an autosome. This arrangement enables uniformly trichromatic color vision. Yet, only humans are known to have a high incidence of deletion or fusion of the L/M opsin genes, causing a high incidence of vision polymorphism, known as color vision "deficiency". By using DNA sequence analysis of opsin gene regions from public population genome data, as well as our own sequencing data from diverse human populations, we reconsider the evolutionary origins and driving forces underlying human color vision polymorphism.

Fish as a model to study the evolutionary flexibility of color vision.

Fish have the most diverse visual system among vertebrates, reflecting their adaptation to the diverse light environments in water. We study stickleback, tetras, zebrafish, medaka, and guppy, with particular focus on their visual opsin gene repertoires, expression patterns and absorption spectra. With zebrafish, we use a transgenic approach to study the regulatory mechanism of opsin gene expression.