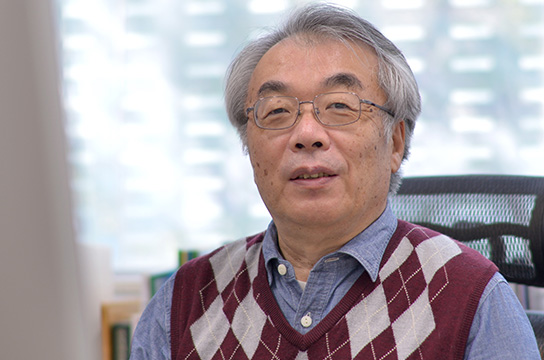 Other Affiliations: Department of Biotechnology, Faculty of Agriculture, The University of Tokyo
Theme

Since my graduate school days, I have studied various insect-specific biological and physiological phenomena such as molting and metamorphosis, especially regulatory hormones that control growth and development. Through this research, I would like to clarify the mechanisms by which the developmental timing of living organisms is precisely controlled. In the field of life sciences, new technologies and methods have been updated every day. Thanks to that, research projects that would have taken several years 10 years ago can now be done just in a few weeks. On the other hand, the research currently being discussed may be forgotten as past research. Also, only a handful of students can continue graduate studies for the rest of their lives. At graduate school, I would like you to understand how to proceed scientific research, what to do now, and what is important for developing historical research. I would like you not only to compete for the speed of producing results, but also to recognize that you are the leading player in your research area and do your best.

We are conducting the following research projects.

Insects have acquired a system called "diapause" to survive under the unsuitable situations such as winter. Diapause in winter is not a passive growth arrest due to low temperature, but an active adaptative strategy by the feedforward predictions of the arrival of winter due to environmental cues such as light changes in day length and activates programs consequently to stop growth in advance. Interestingly, this diapause is controlled by ecdysone, as well as molting and metamorphosis. In addition, diapause is also regulated by the peptidyl neurohormones from the central nervous system. Egg diapause is also known to be caused by inactivation through the ecdysone phosphorylation. However, it is not well understood how environmental information is perceived and how it leads to suppression of ecdysone secretion and inactivation of ecdysone. Also, the signals needed to break diapause are unclear. We are working on how insects sense environmental information and reflect it via the endocrine signals to control the timing of development.
References:
doi: 10.1016/j.ibmb.2020.103491,
doi: 10.1111/imb.12291,
doi: 10.1038/srep41651,
doi: 10.1371/journal.pone.0146619,
doi: 10.1371/journal.pone.0060824